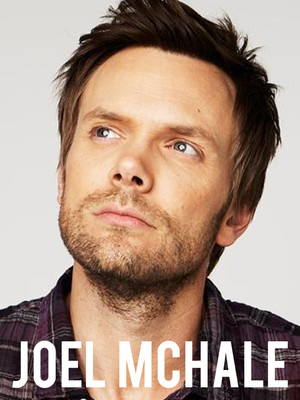 The King of Hollywood Satire

The multi-talented Joel McHale first won over America's TV audiences with his weekly tirades in E! Entertainment's The Soup. Analyzing showbiz news with an acerbic tongue, McHale carried this grumpy guy persona into the world of sitcoms, playing the lead in the smash-hit cult NBC comedy Community.

With an explosive energy, McHale imbues his routines with mesmerizing gusto. His hilarious attacks on pop-culture and the surreal sphere of celebrity worship are brilliantly contrasted by his frank and surprisingly tender accounts of family life. Whether he's regaling the crowd with tales of children's Halloween costumes or the less than intelligent acts of famous people, McHale is an accomplished and deeply funny performer.

Sound good to you? Share this page on social media and let your friends know about Joel McHale at Mohegan Sun.